NUTRICOSMETICS. THE BEAUTY FROM WITHIN

INTERMITTENT FASTING. WHAT YOU NEED TO KNOW

NOT A CONSPIRACY THEORY. REALISTIC CAUSES OF THE PANDEMIC 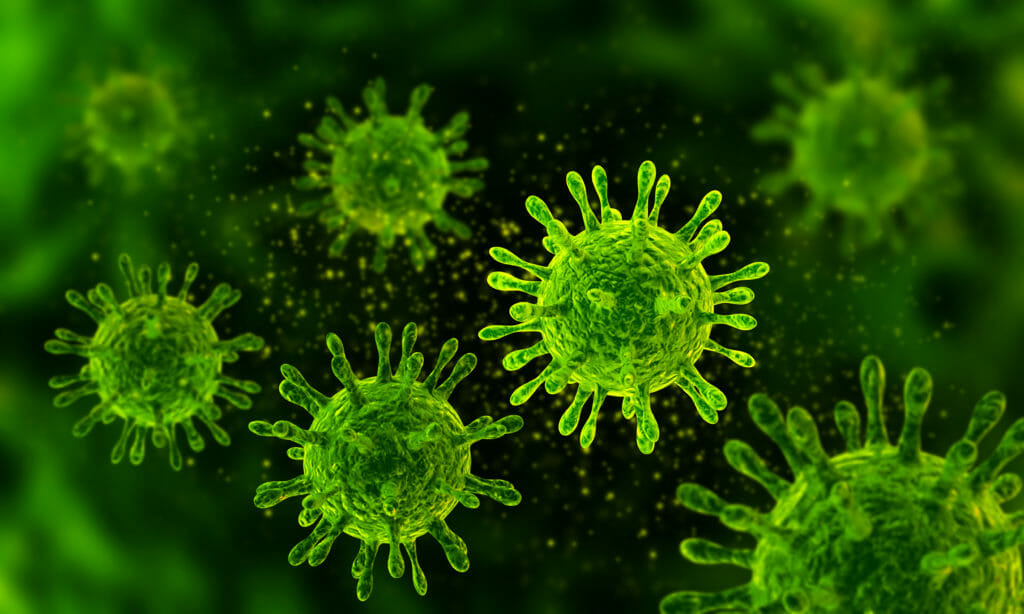 This article features two renowned experts, Rob Wallace and Silvia Ribeiro, and their view on the origin of COVID-19.

Rob Wallace is an evolutionary epidemiologist who has consulted with the Food and Agriculture Organization and Centers for Disease Control and Prevention. He has studied and followed the path of pandemics and viruses for the 25 years and is the author of Big Farms Make Big Flu (Monthly Review Press, 2016) about the dangers of Covid-19, the responsibility of agribusiness and sustainable solutions to combat infectious diseases.

Silvia Ribeiro is the Director for Latin America of the Action Group on Erosion, Technology and Concentration (ETC), with consultative status before the Social and Economic Council of the United Nations. Food sovereignty and the impact of biotechnological developments on health and the environment are some of the issues she researches, which led her to question from the beginning of the pandemic, the absence not only of the description of the causes but also of the proposals to modify them.

The interview excerpts were extracted from Capitalist agriculture and Covid-19: A deadly combination, an interview with Rob Wallace in Climate and Capitalism at https://climateandcapitalism.com/2020/03/11/capitalist-agriculture-and-covid-19-a-deadly-combination/ and Don’t Blame the Bat, interview with Silvia Ribeirio in the Spanish newspaper Kaos en la Red, https://kaosenlared.net/las-causas-de-la-pandemia-no-le-echen-la-culpa-al-murcielago/

What is a Coronavirus?

COVID-19 is the infectious disease caused by the most recently discovered coronavirus. This new virus and disease were unknown before the outbreak began in Wuhan, China, in December 2019. COVID-19 is now a pandemic affecting many countries globally.

What is the connection between COVID – 19 and animals?

We already know a lot about other viruses in the coronavirus family and most of these types of viruses have an origin in animals. The COVID-19 virus (also called SARS-CoV-2) is a new virus in humans. The possible animal source of COVID-19 has not yet been confirmed by the World Health Organization but there is a broad, scientific consensus which identifies the origin of COVID-19 in animals.

According to Silvia Ribeiro, although it has been attributed to bats, “it is not clear where it comes from. Virus mutation occurs all the time, and there are many places where it could have originated. With today’s global intercommunications and travel, it could have been moved from one location to another very quickly. What is known is that it began with a significant infection in a city in China, and probably mutated from a virus present in bats. This is not necessarily the place of origin, but the place where the Coronavirus first manifested itself in a person”.

Who is to be blamed?

Rob Wallace states that infectious viruses in recent decades are closely related to industrial farming practices, especially large confined animal feeding operations or factory farms. We have already seen the emergence of avian influenza in Asia, and of swine flu (which they later named H1N1 to give it a more aseptic name), and also SARS, which is related to avian influenza.

Silvia Ribeiro explains Rob Wallace’s theory in detail “these are viruses that arise in a situation where there is a kind of mechanism for the replication and mutation of viruses which is found in the industrial breeding of animals. It happens because so many animals are held together, in overcrowded conditions. This is repeated with both chickens and pigs, in confined spaces where they cannot move, and therefore tend to create many diseases. There are different strains of viruses, of bacteria, that move between many individuals contained in a small space”.

“The animals are then subjected to regular applications of industrial chemicals, which are meant to eliminate another series of pathogens that are hosted inside the farm itself. There are also pesticide residues in the feed – usually it is transgenic corn and soy that is fed to them. Everything in the industrial livestock cycle is closely related to the business of selling transgenic fodder. They are also regularly given antibiotics and occasionally even antiviral, which is creating strains with increasingly stronger resistance”.

“The World Health Organization (WHO) has called upon the animal husbandry industries, especially chicken, pigs, but also fish and turkeys farming, to stop applying antibiotics in animals that are not sick; between 70 and 80% of the antibiotics in the world are used in industrial animal husbandry, mostly not aimed to treat disease, but to make them grow bigger, faster. Since these are animals that have a depressed immune system, they are exposed to disease all the time, so they are also given antiviral. These overcrowded industrial breeding centres, from feedlots to pigs, chickens, and turkeys farms, create a pathological situation for breeding resistant viruses and bacteria. Then, they also come into contact with human beings who take them into the cities.”

But there’s a larger scope to it…

“What happens is that the bats, the civets, and other animals that are supposed to have given rise to various viruses – even one of the theories is that the AIDS virus comes from a mutation of a virus that was present in apes – expand their range of territory due to the destruction of their natural habitats, which forces them to move to other places”, Silvia Ribeiro. “Wild animals may have a reservoir of viruses, which within their own species are controlled, and may exist but are not making the animals sick. Then, they are suddenly moved into an environment where they become a virus-making machine, because they now encounter very different conditions, with many other strains and viruses. They reach these places because they had been displaced from their natural habitats. This has to do above all with deforestation, which paradoxically is also due to the expansion of the agricultural frontier. FAO recognizes that 70% of deforestation has to do with the expansion of the agricultural frontier.”

“So there are several factors that come together to create this problem. Animals that are forced out of their natural habitats, be they bats or other types of animals, including many types of mosquitoes that have become resistant due to the heavy use of pesticides. The entire system of toxic and chemical industrial agriculture also leads to the spread of other viruses that cause disease. There are a number of disease vectors reaching overcrowding systems in cities, especially in marginal areas of people who have also been displaced and do not have adequate housing and hygiene conditions. A vicious circle of circulation of viruses is created.”

As Rob Wallace states, “Capital centers, places such as London, New York, and Hong Kong, should be considered our primary disease hotspots. Even the most remote are affected. Ebola, Zika, the coronaviruses, yellow fever again, a variety of avian influenzas, and African swine fever in hog are among the many pathogens making their way out of the most remote hinterlands into peri-urban loops, regional capitals, and ultimately onto the global travel network. From fruit bats in the Congo to killing Miami sunbathers in a few weeks‘ time.”

How can we face this crisis?

Silvia Ribeiro, “I want to clarify that I agree that measures of physical distancing, (not social), should be taken, but they should be accompanied by measures that can support those who are unable to do so because of their vulnerability. We should also be alert to question the selection of a particular disease which in this case is an infectious disease, and then to unleash a whole battery of what is a global attack on the Covid-19 pandemic, while on the one hand the structural causes are left unquestioned. A series of repressive measures are installed, including very authoritative policies proclaimed from above, saying to the people: Do this, do that, but we know what we have to do and what not. All this is related to not seeing the root causes of the problem, the real causes”.

What would be sustainable changes?

Silvia Ribeiro, “There are reports from ETC and GRAIN showing that 70% of the world population is mainly supported by small-scale production, small farmers, also urban gardens, and other forms of food exchange and gathering that are small, decentralized, and local. This is what feeds most of humanity but it´s not enough because they have too little land. And it is not only healthier food, but it is the food system that really reaches most of the people. These alternatives should be strengthened and supported. We are called to a radical shift of paradigm, to think of solutions which originate from the bottom, from the seeds of solidarity. We could begin to envision and plan how to take care of ourselves in the face of a threat that can infect us, but also how to take care of one another and continue working towards the creation of critically questioning cultures”.

We would love to know your point of view